Overcome the fear of flying

Posted on February 6, 2011 by Administrator 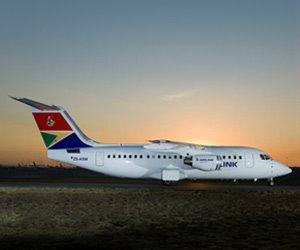 SOCCER legend Dennis Bergkamp has been known to drive thousands of kilometres to honour his sporting commitments. The Dutchman has an irrational fear of flying and does not usually fly to and from the continent for away games.

The good news for Bergkamp – and millions of others who suffer from aviophobia – is that a new generation of virtual reality technology has been developed to help treat panic attacks that are the consequence of an overwhelming fear of flying.

The system, created by American company, Virtually Better is computer generated and features a helmet that covers patients’ eyes, providing a convincing head-mounted display. Once activated, the wearer experiences an entire virtual flight, including initial boarding, take-off, cruising and landing. Announcements by virtual flight attendants and the captain build on the authenticity of the simulation, while subwoofers installed in a special seat imitate turbulence. An attending therapist interacts with patients via a microphone in the helmet during the treatment.

“Virtual reality systems can be very effective in the management of this type of panic attack,” says Dr Cyril Harrisberg, chief executive officer for The Stress Clinic in Johannesburg. “They essentially help desensitise fear to minimise the body’s physiological response, which is how most behavioural counsellors address the problem.”

If you do not have access to virtual technology however, it may help to create your own simulated experience. This might involve imagining the scenario that is fearful to you and, for example, calmly packing your suitcase, driving to the airport, strapping yourself into your car and pretending you are in the plane.

“Irrational fear of flying is not easily overcome and it can take many hours of treatment, preferably with an experienced counsellor. The first step though, is to acknowledge the problem, accept that you are not a basket case – or even one in a million – and decide that you want to conquer your fear,” he says.

Here are some other tips to help combat the fear of flying:

• Ensure you are well rested and well fed before you travel. The body uses sugar faster when under stress.
• Arrive at the airport in good time. If you are running late you are more susceptible to stress.
• Request a seat at the front of the aircraft where the plane is most stable. If you experience vertigo, avoid a window seat.
• Practise relaxation and visualisation techniques. Focus, and breathe deeply and slowly from the bottom of your stomach.
• Imagine you are controlling your fear, rather than allowing it to control you.
• Take a good book with you or listen to some soothing music.
• Avoid alcohol and coffee. Too much alcohol can increase your feeling of being out of control and caffeine stimulates the body, causing it to react as if it has an overdose of adrenalin.