Judging books by their covers

Posted on February 12, 2020 by Administrator

This article was first published in Business Day years ago but, because Joey Hi-Fi’s work and comments on book cover design remain relevant, I believe it’s worth sharing again.

Contrary to what the idiom recommends, illustrator and designer Joey Hi-Fi wants people to judge books by their covers – particularly those he’s created. If we don’t, his job, he says, will be meaningless.

Every since writer Lauren Beukes convinced Oshun, publisher of her book, Maverick: Extraordinary Women From South Africa’s Past, to give him (a friend whose talent she admired) the opportunity to design the book’s cover in 2005, Hi-Fi has been in demand as one of the country’s most talented book cover designers. And, now represented by London-based art and photography agency Pocko, he’s increasingly in demand internationally too. 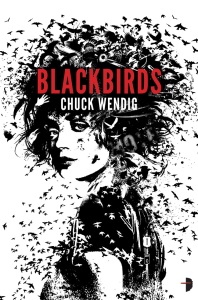 Earlier this year (2013), Hi-Fi’s cover for American novelist and screenwriter, Chuck Wendig’s book, Blackbirds won the Ranting Dragon’s Cover Battle and was named Most Unique Cover in the Paranormal Cover Art Awards. In 2011, he won the Best Art category in the British Science Fiction Association’s annual awards and, in 2012, a Grand Prix de l’Imaginaire award in France for the cover of the British edition of Beukes’ Zoo City.

But, while Hi-Fi acknowledges the awards have helped raise his profile in publishing circles, the prospect of winning competitions is not what drives him to keep producing great covers.

“Each cover I do is about solving a visual problem,” he says. “What I love about the job is taking someone else’s creative vision and putting a face to it. Most of the books I’ve worked on have such great visual imagery to work with that I struggle to narrow it down to just one image that I believe will help sell the book. That’s why many of my covers combine several illustrations.”

Hi-Fi grew up on the KwaZulu-Natal south coast and studied graphic design at technikon in Durban. After a short stint in advertising, he was transferred to Cape Town where he worked for graphic design agency, Orange Juice Design and later, CODE. It was during this time, while working as a graphic designer by day and an ‘underground’ comic book illustrator by night, Hi-Fi (whose real name is Dale Halvorsen) discovered his alter-ego – courtesy of Homer Simpson. 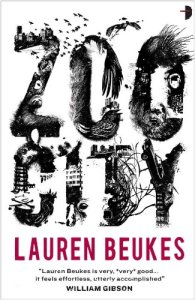 “A friend and I were watching an episode of The Simpsons during which Homer decides to come up with a power or superhero name for himself. He examines the buttons on a hairdryer and reads, “Max Power’, which he adopts as a name. We began looking around the room and messing about with ideas, which is how Joey Hi-Fi came about,” he explains. “Then, because, at the time, I was illustrating comics after hours and working as a designer during the day, I began signing my comic illustrations “Joey Hi-Fi”. It stuck and now I’m known professionally and, in many cases, also personally by the name.”

Hi-Fi was first drawn to book cover design because he enjoys combining illustration with typography.

“But, at that time, I had never met any book cover designers. Even now, I’ve only met a handful of others. They are very rare. But, having worked in a design agency for a while, I decided I wanted to try my hand at it. I thought it would give me the opportunity of bringing everything I’d learned up to that point in typography and illustration together. Also, things had changed since I’d begun working. When I started out in graphic design, there wasn’t much work for illustrators, but it increased over the years. I thought, wow, I could actually concentrate purely on illustrations and a little design. So I quit my job and flung myself into it.”

Although Hi-Fi continues to take on some other forms of illustration and design work – “it’s all about the timing in publishing: there are often long lags between doing the work and getting paid due to the nature of book publishing” – he’s largely managed to focus on book cover design since going solo. And, while most of this work comes from abroad, he’s become the preferred cover designer of many of South Africa’s best-known authors, including Beukes, Richard du Nooy, Imraan Coovadia, Claire Robertson and Charlie Human.

When he set out as a book cover designer, Hi-Fi was surprised to discover that many of his contemporaries didn’t actually read manuscripts before working on covers. Many publishers, he found, expect designers to come up with ideas based on a simple synopsis of the book.

“I found it frustrating. It’s almost as if the cover is an afterthought, which I’ve never understood, given the huge role it plays in helping sell books,” he says. “And aside from that, it’s essential to me that I do the author’s work justice. In most cases, they’ve spent months – years even – writing the book. It’s important to me that the cover honours that. Also, I like to think of people looking at the cover and becoming fascinated by what the book contains. That’s what encourages me to spend more time on each cover than I probably should from a business perspective.”

In addition to insisting on reading the book before he begins work, Hi-Fi prefers to be able to discuss the book directly with the author when he’s commissioned to design a cover. This, he says, helps ensure he gets the tone right.

“For example, although I’d read The Spiral House (by Claire Robertson) before I produced a sketch of a proposed cover, it was only when Claire saw it and we discussed it further that I really got to grips with the tone of the book. I’d focused more on the romantic elements of the story but when she pointed out other themes, I saw the novel was darker than I’d originally thought. I was glad to have the opportunity to get it right and we were both pleased with the final, revised version.”

The cover for The Spiral House features a moth, which contains numerous other minutely detailed illustrations, including a map of the Cape of Good Hope, a slave, a safety pin, a coffin and a caravan. They’re all elements from the book and, as you read it, you’re drawn back to the cover (and larger versions of the illustration in the inside front and back covers) to make the connection between Hi-Fi’s art and the story.

“I like the idea of readers engaging with the book and coming back to the cover to see where the visual ideas came from,” says Hi-Fi. “My most successful covers are the result of having direct contact with authors. They’re collaborative efforts.”

But what defines a “successful cover”?

“You don’t want to be in the middle ground. I’d rather do a cover that people hate, which sticks out on the shelf for being so ugly, or a cover that is special and attractive, than one that doesn’t get noticed.”

Although he has used use photography for some books, Hi-Fi prefers to rely on his skills as an illustrator for his work, largely because illustration allows him to be more creative and original.

“After all, I’m dealing in the realms of the author’s imagination. Unless they’re unique – like those Lauren took on her research trips to Chicago, which I incorporated on the (local) cover of The Shining Girls – photographs aren’t enough. If budgets set aside for book covers were more generous, I’d possibly commission photographers to shoot specific pictures for some books. But they’re not, so I prefer to illustrate covers,” he says.

“Books are written to be around for a long time. A good cover can make a big difference to the success of a book. And, given the work that’s gone into writing it, I believe it’s important to seize the opportunity and for me to do the best job possible.”

Author and freelance writer based in Hout Bay near Cape Town in South Africa.
View all posts by Administrator →
This entry was posted in Inspiring individuals. Bookmark the permalink.