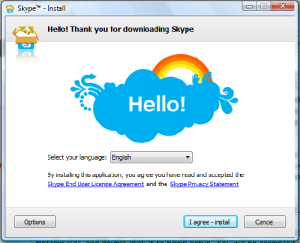 ONE of the great advantages of working alone from home, as I do, is that on days on which I have no appointments scheduled, I don’t have to get dollied up. On such occasions, when deadlines demand – and having seen my son off to school – I haul myself upstairs to the office directly from the kitchen, still in my pyjamas.

Sometimes I remain thus attired at my desk until I hear the distinctive “broom broom” of his motorbike at the gate about eight hours later. Then I dash downstairs, drag a brush through my hair and hop into a pair of jeans. Despite the fact that the teenager rarely notices my presence (let alone my outfit) as he forages in the fridge for food and I’ve been hard at work all day, Protestant guilt (or some other disorder) prohibits me from being discovered in my nightwear in the afternoon – even by him.

On other days, where time allows, I go to gym and/or walk the dogs before I begin work. Occasionally I sit down at my desk before showering, still in my exercise apparel, and get so caught up in whatever it is I’m doing that I don’t leave the office for the rest of the day.

Although many people – some of whom work from home – believe they’re more effective when they “dress up for work”, research conducted by American workplace magazine CareerThink found that dressing the part does not make you more productive on the job. The study did, however, find that dressing up for work makes you appear more professional to others.

And this is where, with technology as much friend as foe, a new problem has emerged for me.

With the advent and increased use of Skype (or, as my niece from Durban says, “Skaap”) and other video chat applications like FaceTime and iChat for work communication, I’m now presented with the very real danger of being outed at my desk, braless with bed hair, lycra-clad with my mug glowing brilliantly in its post-workout glory or mud-spattered from a mountain walk.

And, if you’ve ever video chatted, you’ll know that the horror of suddenly coming face-to-face with someone online is only out-awfulled by the little mirror image of yourself that accompanies the larger video of the other person. And it’s impossible to ignore yourself. I’ve experimented with various lighting and backdrop options but nothing makes me appear less like my mother and more like Nicole Kidman. I’ve even tried to change the settings on my Mac to make me visible only in black and white. Surely that would be more forgiving?

You might suggest I bite the bullet and resort to daily titivation but I’m ahead of you. I’m accumulating a rich and varied wardrobe of jackets, scarves, hats and hairpins, which I stash below my desk. I keep six different lipsticks within arms length of my keyboard. And, when my computer chirrups to alert me to incoming video chat, I dive down, haul on a jacket, whip a scarf around my neck, smear on some lipstick and, “Hello there!”

So, call me. Who knows who I’ll be today? After all, the Skype’s the limit.

(This was first published as my technology column in Business Day in 2011.)

Author and freelance writer based in Hout Bay near Cape Town in South Africa.
View all posts by Administrator →
This entry was posted in Technology touch. Bookmark the permalink.