From photojournalist to fine art photographer

Posted on February 16, 2011 by Administrator 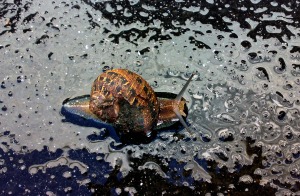 IT is generally accepted that art collectors are constantly looking to be surprised and thrilled by things they did not know about. These days however, it emerges that collectors are increasingly excited by images they saw first in last week’s newspapers as photojournalism enjoys a new status as the art “du jour” in certain circles.

Tagged by curators as “reportage art”, gallery and museum shows – particularly in New York – are ever more frequently dedicated to enlarged, framed and stylishly presented scenes of war, poverty, famine and other suffering, as yesterday’s news photography is turned into today’s fine art.

While many baulk at the idea of death and pain becoming a collector’s item that is sold at a high price, others argue that serious collectors do not only want typical art and that they increasingly appreciate news photography as meaningful. Advocates for news-as-art maintain too, that the younger generation of collectors has a greater affinity for the photographic medium and – because photography is generally less expensive than other forms of art – is able to afford it. And then there are those who insist that collecting photojournalism is neither a trend nor a fad, and that it is on the rise because, above all, photographers are artists.

The debate about photojournalism as art, whether art should reflect reality – particularly yesterday’s reality – and indeed, whether photographers are even artists has arguably only just begun. In the interim however, some photojournalists are shunning the trend and deliberately diverting their lenses from scenes that visually support news stories to instead create photographs that fulfil their own artistic vision. After years of zooming in on the cruel realities of life, these photographers say that, by turning to fine art photography, they are essentially tendering their retirement from the job of “messenger” to assume a new role of “author”. 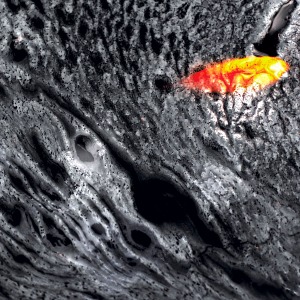 Among the photojournalists to recently make this move are five prominent South Africans who, coinciding with October’s Month of Photography, recently launched an ongoing series of five collaborative exhibitions in Frieda’s Restaurant in Bree Street, Cape Town.

The photographers – Greg English, David Gur, Trevor Samson, Dale Yudelman and Ruvan Boshoff – met in the 1980s when, during the turbulent years of apartheid, they worked for various news media. English and Gur, in particular, have worked extensively in high conflict regions throughout the world.

Although, their career paths diverged over the years and in fact, Yudelman has been working in the art genre since the late 1990s, their personal friendships endured. At last, after years of “talking about it”, the photographers got together this year and realised a dream of exhibiting together. The idea of the ongoing collaborative exhibition is for each photographer to explore five variations of the five elements water, fire, air, earth and ether from his own unique perspective. The element examined by the photography changes every three months.

Although it is a recent shift for English, Gur, Samson and Boshoff, the transition from photojournalist to fine art photographer is not new. Fellow South African photographer, Guy Tillim – who has won a slew of local and international awards for his work – was first recognised as a war photographer before his work moved from newspapers and magazines into galleries.

Among the internationally acclaimed news photographers to successful make the switch is British photojournalist, Donald McCullin, who is these days as well-known for his landscape photography as he was in previous years for his images of war and urban strife.

In an interview with The Independent in the United Kingdom earlier this year, McCullin implied that the transition from news photographer to art photographer is his version of becoming an artist because, “I wanted to do something that allows me to stand back”. This is a recurring theme in photojournalist-to-artist stories.

And, while they do not necessarily agree on the labels – “photography is not art at all…it is reality, however you present it,” argues Boshoff – the five Merge photographers agree that the opportunity to stand back and respond subjectively to a moment is what appeals.

“But, although this is the first time that most of us have exhibited this kind of work, we have actually been shooting images that please us, rather than the media, forever,” muses English. “Now finally, we have an opportunity to show them, reveal more of ourselves, our personal journeys and our individual interpretations of the world.”

Samson interjects: “And, of course, at the risk of sounding like a line out of a Rolling Stones song, with art, time is on your side. In news photography, you have to react to an event in a split second. Imagine if we five photographers took shots of Nelson Mandela stepping out of prison; the images would be similar, separated only by fractions of seconds. But ask each of us to provide photographs of water and you see we all have different interpretations of the same subject matter. That is surely why it is art.”

Perhaps though, says Gur, what makes the news-versus-art subject most interesting is not what separates the two but rather, what makes them the same. After all, he proposes, the work of a journalist and how he crafts an image is an interpretation of he how sees the world in a moment and that – call it news or art – elicits responses from those who look at it, be they readers of a newspaper or curators and collectors.

Yudelman concurs. Good images, he says, stay with the viewer regardless of why they were taken. They elicit a response without being sentimental or sensational. And, if the end result is something collectors respond to, who cares whether they call it art or photography? The important thing is that the value of good photography is realised.

Author and freelance writer based in Hout Bay near Cape Town in South Africa.
View all posts by Administrator →
This entry was posted in Artistically inclined. Bookmark the permalink.

1 Response to From photojournalist to fine art photographer