Time to make a kerfuffle about the SA truffle? 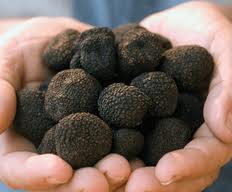 FOR a while recently I enjoyed the glow of sanctimonious success as an accomplished vegetable gardener. In truth, I beamed brighter than a freshly scrubbed radish at my “veggie-might”. But then I discovered that the barrier to entry in the gloat-about-doing-it-yourself-stakes had been most magnificently elevated and, in an instant, I had the smug slugged out of me.

Indeed, it emerges that it is no longer good enough to shovel, hoe and harvest your own carrots, tomatoes, rocket, spinach, butternut, beans, potatoes and herbs. And how could it be, when the country’s true achievers are toiling their soil and carefully planting saplings to produce none other than one of the universe’s most highly valued delicacies, the black truffle. How’s that for taking the wind out of your beans?

For sure, there is nothing trifling about truffles. For a mere R95 000 per hectare, which will give you up to 500 saplings, you can purchase and plant trees that have been inoculated with black truffle (Tuber Melanosporum) spore. These are available from a couple of go-getter South African companies – like Cape Town-based Woodford Truffles – that have imported brilliant laboratory developed techniques, which they say are among “the most technologically-advanced, thorough and scientific methods currently employed to cultivate the black truffle”.

When you buy into the organisation’s plan, Woodford’s experts – among them British mycorrhizal buff, Dr Paul Thomas, who is an expert in the study of the symbiotic relationship between a fungus and the roots of a plant – will help you prepare the soil, plant the trees and nurture them to trufflehood. Woodford will even provide the skilled sniffing services of truffle hunting dogs when, after about five years of underground growth, the delicious fungus is ready for harvest. And the investment is certainly nothing to sniff about: Woodford estimates that truffle-growers will enjoy a return of R500 00 to R1-million per hectare within 10 years of planting. (Although truffles can be harvested four to seven years after planting, maximum production is achieved when trees are about 10 years old.) 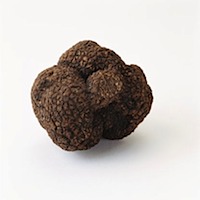 While they occur naturally during the winter months in the northern hemisphere – particularly in Italy, France and Spain – black truffles have been successfully produced on inoculated trees in other parts of the world since the early 1990s. There are substantial plantings in the United States while, in the southern hemisphere – spurred on by demand from Europe for year-round supply – cultivated black truffles are increasingly big business in New Zealand, Tasmania and Australia. And given that the black truffle (which is also known as the Perigord truffle, Über Tuber and black diamond) is – economic crisis notwithstanding – commanding up to €400 per kilogram in Europe this season, it is no wonder that the notion of cultivating black truffles is taking root in Africa in a big way.

Truffles have been cherished ever since ye olde Greeks and Romans first ferreted them from the earth to cook and eat centuries ago. Even celebrated ancient know-it-alls Aristotle and Pliny wrote about the mystical, rare and delicate fungi in glowing terms.

In his Grand Dictionnaire de Cuisine, French author Alexander Dumas said, “The most learned of men have been questioned as to the nature of this tuber and, after two thousand years of argument and discussion, their answer is the same as it was on the first day: we do not know. The truffles themselves have been interrogated and have answered simply: eat us and praise the Lord”.

More recently, Spanish chef, Santi Santamaría – who has almost as many Michelin stars for his restaurants as Jacob Zuma has wives – said, “the black truffle is the soul of nature, its hidden essence”.

So, what a pleasure then, that the black truffle is, at this moment, busy truffling about beneath African soil – primarily in the Western Cape, KwaZulu-Natal and Mpumalanga – having recently been deposited there by those who know a good thing, even when they cannot yet see it.

Few delicacies – and definitely no vegetables – compare to the truffle. In Périgueux, France, La Confrérie des Chevaliers du Diamant Noir (the Brotherhood of the Knights of the Black Diamond) lead a truffle mass for Saint-Antoine, the patron saint of trufflers on the third Sunday of each January (18 January this year).

Chic and sharp chefs the world over bow before its warty black guise and ¬– whether served with foie gras, slivered over a fondue, shaved onto risotto, sliced with the delicate meat of quail, sprinkled over sauce for steak or crumbled into an omelette – they invoke the truffle’s powerful culinary alchemy to transform good dishes into sublime offerings.

But what is the magic behind this underground mushroom?

In his paperback, The Truffle Book, Kiwi trufficiado, Gareth Renowden says truffle scent is pervasive. It is, he says, not unlike the smell of old socks and sex. This was endorsed at the annual Lunchbox Auction in New York City late last year (2008) when, auctioning a lunchbox of black truffles, American chef Mario Batali raised one to his nose, inhaled deeply and told the crowd, “If you could smell what I am smelling you would never go to a whore house again.” Bidding for the truffles peaked at US$9 000.

If, however, you would prefer to explore the bouquet of the truffle in a classier environment, Renowden suggests that you “open the spice cupboard and take a deep sniff. Crush an unpeeled clove of garlic. Find some damp leaves and dig your fingers into the earth underneath (oak leaves are best). Then go for something floral – lilies for penetration, roses for sweetness.” The aroma of Tuber Melanosporum is, “musty and sweet, a very intense mushroom smell overlaid with other notes, especially with what wine tasters call forest floor,” he continues.

Renowden writes that black truffles cooperate with the flavours in food, enhancing and intensifying them: “A steak with truffle sauce becomes more meaty, eggs are transformed into a gourmet item, and every aspect of the meal becomes more satisfying,” he says.

Among those getting ruffled about the unearthing of South Africa’s first black truffles is chef and co-proprietor of the South African Chefs Academy Garth Stroebel, who plans to produce a recipe book using the locally cultivated fungus.

“There is nothing to compare to the potently ripe sock smell of truffles,” he enthuses. “They have an earthy, incredibly round flavour that envelopes the entire tongue. It is a beautifully unique, well-rounded taste that is generally associated with comfort foods like risotto and game dishes.”

While Stroebel – who was previously executive chef at the Mount Nelson Hotel and the African Collection of Orient Express Hotels – is already experimenting with imported black truffles, he believes that the African versions thereof will introduce some interesting and unexpected new flavours and aromas.

“Just as grapes from different countries and regions produce different flavours in wine, truffles vary according to terroir,” he says. “I cannot wait to see what emerges from African soil.”

Although Stroebel has cooked extensively with the so-called Kalahari truffle (Terfezia Pfeilii), which occurs naturally in Namibia, its flavour profile, he says, is very different from that of the black truffle: “The European version is much more powerful and local cultivation of the black truffle will open up more South African palates to this extraordinary cuisine.”

Indeed, forget the veggies: it’s time to make a kerfuffle about the truffle.

(First published in The Weekender in January 2009. Pictures from Woodford Truffles.)